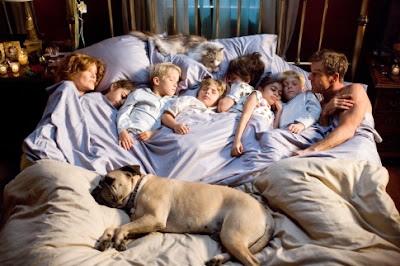 Toby shares the bedroom with me. A kind and lovable, vertically-challenged German shepherd, who doesn't mind how I decorate, as long as the air conditioning is on, we go to bed by 11, and I stay quietly on my tiny edge of the bed. But others aren't so lucky (?) Many people I know have to share their bedroom with another human - one who speaks and has an opinion, and might even care (a lot) about the number of threads they can count on their sheets.

So, how does this work? Do we really need to compromise in the bedroom? I think we do. I was struck this last week by several couples who had decorated their bedrooms as if they weren't sharing it at all. The one who had decorated it firmly believed that the opinion of the other person who they slept with wasn't important. I have to say that it was mostly women - they assured me that their husbands didn't care, and several of them even said that their partner had no taste, so why on earth would they even consider letting them be involved in any of the decorating and design decisions?

But taste is really subjective, and I strongly believe that if we're sharing a space, then it should reflect who we both are, and, at the very least we should ask what our partner does (and doesn't) like before we steamroller ahead. Even if they say they don't care, then shouldn't we still choose to care enough about them?

The bedroom is one of the most important places in our home - it's where we are all supposed to recharge and relax at the end of the day. It should be a peaceful and welcoming space for everyone who steps inside.
The benefits of sharing our ideas is kind of obvious - if someone feels comfortable in a space then they want to spend time there, and, if they can see that their taste and opinion really does matter, then that makes them feel cared for. Both of which makes for a much happier relationship (both in and out of the bedroom, of course).
Posted by Wendy Wrzos at 3:22:00 PM No comments: