Can You Really Do It Yourself?

We had the plumber over the other day to fix several leaky faucets, and when I called him on the telephone he barely remembered who I was. When he showed up on my doorstep, he said that he had assumed I had found another plumber, because it had been over four years since we had needed him.

As we chatted, he told me that some of his customers call him several times a year, and many of the visits could have been prevented.

PLUMBING
At the very least, we should all know how to turn off the main water valve for the house, and where the individual turn off valves are for each faucet. Why not ask your plumber to give you a tour next time he visits?

Unclogging a Toilet
This is not fun at all, but if it's (how can I say this delicately?) an organic clog, then there are plenty of (easy) non-chemical ideas you can try before you call the plumber.
Turn the water off behind the tank, open the window, put on your grungy clothes, boil some hot water (not for tea, for your toilet) then click here for some simple solutions.

Leaky Faucet
I will take the end bit off a faucet, but I won't dismantle an entire unit.
No matter how many times they tell me to carefully line up the parts, and reassemble them in reverse order, I can never get it back together, but if it is a small, rubber washer inside the water spout end, I won't hesitate to twist that bit off, take it to the hardware store, and get a replacement.

Smelly Garbage Disposal
I don't have one, but I know they need regular maintenance, and unless it's completely broken, you should always try these simple DIY solutions first.

Clogged Kitchen Sink or Water Leaking under the Sink
Usually, this is caused by gunk in the "U" bend under the sink.

ELECTRIC
Having an older home, means that I won't mess with the wiring on my own, but I have learned a couple of useful tricks from my electrician.

OTHER DIY that I think most of us can do

Laying peel and stick tiles on a kitchen or bathroom floor
This is not hard - they are easy to cut, and if you're considering this, then you probably have an old, yukky floor anyway. It's not permanent, so why not give it a try?

Painting a small room
If it's a bathroom, or a small bedroom, you can do it yourself, and it is the perfect place to be daring with your color choice. Allow yourself a weekend (you might not need it, but it's better not to be rushed). Grab painters tape, small brushes, a roller, lots of music, and maybe a bottle of wine.

Spackling holes in your walls or ceiling
This is easy-as. The hardest bit is often finding the paint to touch it up afterwards. Just spackle (I like the pink spackle that dries to white) smooth, let it dry, then paint. Less is always more - you can add more layers after each one dries. Sand if needed.

Re-caulk and grout tiles
Again, your attempt might not be as perfect as a professional's, but if it's a little touch up, then give it a go. By the way, I left mine for too long once, and the water started to leak through to the downstairs ceiling, so it's worth keeping up to date with repairs. Here's a video from Martha and Home Depot that explains how to do it.

Gutter cleaning
This depends on your home (and how tall you are). I can do some of mine, but not all, and if you can fearlessly climb a ladder with a bucket, you could give it a try. No roof walking though.

Fix squeaky doors and hinges
Before you buy new ones, try tightening the screws, loosening the pins and coating them with petroleum jelly (Vaseline). Most recommend using a spray lubricant, like WD 40, but that is really messy, and Vaseline works great (olive oil doesn't).

Well, that's heaps for now, but I hope this gives you some new ideas before you reach for the phone and grab your checkbook.
Posted by Wendy Wrzos at 6:05:00 PM No comments: 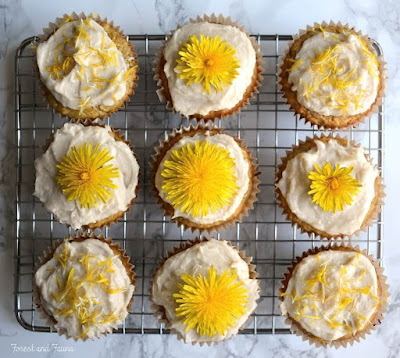 When my daughter was young I used to pay her ten cents for every dandelion that she picked from the lawn. My complete laziness combined perfectly with her thinking that they were pretty, yellow flowers (and not some weed that managed to evade the lawnmower when I went over it, then pop back up just in time to send millions of seeds out into the universe).

I don't dislike dandelions at all, but I do think their seeds are prettier than the flower itself, and I would never pass up an opportunity to blow on one and make a wish. I am fascinated by the way that they always seem to right themselves as soon as they are set free - reminding me of Mary Poppins, these small fairy umbrellas stand perfectly poised for a moment, then elegantly catch a ride on the nearest breath of wind. Not caring where they go, they quickly disappear, even when the day around them seems so very still.

So, I saw a recipe for dandelion wine (which reminded me of those sweet, sunny days when my daughter could happily fill an afternoon with picking flowers) and I thought it would be fun to share some practical things that we could do with dandelions...

Dandelion Wine: This particular recipe I like because it is so simple (and I don't feel that anything to do with dandelions should be complicated). It's from Epicurious - a delightful word, supposedly made up by one of my favorite chefs, Michael Lomonico.


Dandelion Jelly: I haven't made this yet, but I will. The reviews say that you might need a bit more pectin than the recipe calls for, but they also say that it tastes good even if it doesn't set up quite as jiggly as it should.

Dandelion Salve: Any salve, cream or ointment that is made from just a few, natural ingredients is usually very good for you, and this one also has beeswax in it, so the healing properties are even better. * Please be careful about potential honey/pollen/bee allergies though - especially with young children.

Dandelion Cupcakes: Why didn't I think of this? From The Nerdy Farm Wife comes a simple recipe for just adding dandelion petals to your regular cupcake batter. It's barely even a recipe, but just a few yummy guidelines on what (and what not) to do.

Dandelion Paleo Cupcakes: This is what I would call a proper recipe. Proving that a Paleo diet doesn't have to be boring, these dandelion and lemon cupcakes (main photograph) sound delicious (in fact, everything on Andrea's site looks and sounds delicious).

Dandelion Lemonade: There is nothing like making your own homemade lemonade, and this one tastes exactly like Summer.

Preserved Dandelion Clocks: Why not capture them before they fly away, and turn those ethereal puff balls into the most delicate of garden decorations? (A fun craft for a fairy themed birthday party).

Dandelion Everything: From quesadillas to pesto and cookies, Jill over at the Prairie Homestead has sixteen of my favorite (and unexpected) dandelion recipes.